During my fleeting visit home between jobs I was lucky enough to witness the up turning of the first potato plant. It was a tense moment, but there in a tangle of roots were the little potatoes. Very small, granted, but still very edible and very tasty. 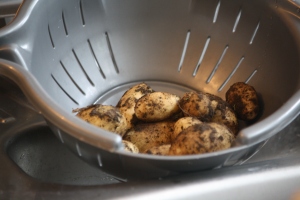 The moment was followed by an inspection of the strawberry patch and the victory of then picking the first strawberry. Fantastic. I know we had a few last year but it really was only about 3 and this years are so so so much tastier. I bought a selection of different types of strawberry plants and now wish I had made a note of which is which for a taste test, although that will have to come later as only about two plants have ripe fruit on them. Victory, for now, is mine. 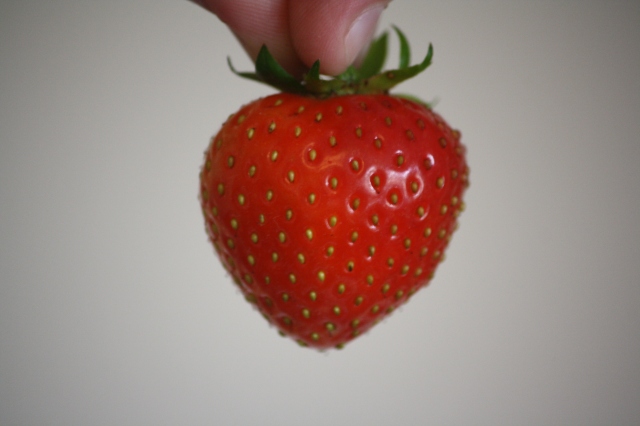 This entry was posted in Outside and tagged cooking, fruit, gardening, strawberries. Bookmark the permalink.